Uday Shankar’s Mismatch: Hits Cinema Halls on 6 December 2019
The much awaited movie of the emerging film star, Uday Shankar’s cinema titled ‘Mismatch from Telugu cinema or Tollywood is scheduled for release on 6 December 2019 in cinema theatres across the Telugu-speaking states of Andhra Pradesh and Telangana.
The teaser of the movie released in July 2019 was received beyond expectations among the audience, and praise for the production team. The movie is directed by NV Nirmal Kumar starring Uday Shankar as the hero and Aishwarya Rajesh as the heroine. The story for the movie is written by Bhoopathi Raja. Uday Shankar plays the main role in the movie who has made his debut as the hero with the critically acclaimed film ‘Aatagadharaa Siva’.

HOLISTIC MOVIE:
The movie has the ingredients of family drama, sports, impactful performance from the cast and great music. Mismatch is a story about two contrasting families, characters, upbringing, tastes and goals that reflect the social conditions of the prevailing times in India, and particularly in the Telugu-speaking states: tradition and modernity, individualistic goals and collective or family expectations. According to the producer Bharat Ram, the movie is about ordinary people but narrated with extraordinary performance by Uday Shankar and commitment from the entire cast and crew of the production team.

UDAY SHANKAR:
Uday Shankar was born in Jadcherla and raised in Hyderabad. He is the son of widely admired English lecturer Sriram. Sriram Sir, as Sriram is known in his social circles, is a guru for many of his followers. He endeared himself to his followers and earned their respect with his philosophy and interpretation of the social conditions and how to find peace. Uday Shankar is nurtured in household of philosophy and social values and to give a meaning to oneself and help others in finding a meaning for one’s existence.
Uday Shankar has honed his raw talent with his earlier movies, and refining himself as an actor with every movie since he started to act. Mismatch is expected to be a big movie in his career and also to provide entertainment at its best for the audience. 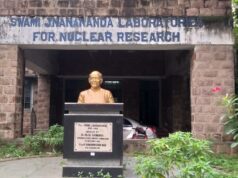 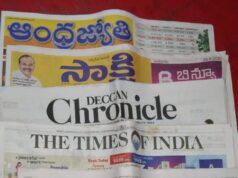