The Telugu World Column No-34

As both Andhra and Hyderabad are Telugu states and the latter was ruled by the Nizam for decades, Urdu-speaking people have contributed a lot, especially to Hyderabad and Telangana. The Nizam planned to accede to Pakistan instead of India and was supported by the armed Ismamic group called Razakars (now called MIM, an ally of the Telngana Rajya Samiti ruling the state). The plan was strongly opposed not only by the majority Telugu-speaking population but also some Muslims like Sheobullah Khan and the Marxist intellectual Maqdoom Mohiuddin.

Shoebullah Khan who had the distinction of becoming an editor at the young age of 20 (the youngest ever being C. Y. Chintamani, also from Ahdhra, at 14, as mentioned earlier) opposed the Nizam’s plan, He was working in Rayyat Urdu daily and started ‘Imroze’ also in Urdu to mobilize opinion against the autocratic Nizam, who was supported by the Razakars.

The Razakars brutally murdered Shoebullah, cutting off his hands. His centenary in 2020 went uncelebrated because of MIM’s alliance with the ruling TRS. He is not even mentioned in any of the books in schools and was unheard of during my years of stay in Hyderabad. Even the BJP, which named after him one of the gates to Narendra Modi’s rally that hit headlines as the only election rally to have admission by pickets, did not heed the suggestion to celebrate it. Political convenience mattered more.

Another opponent of joining Pakistan was a trade union leader Maqdoom Mohiuddin, or Abu Sayeed Mohammad Maqdoom Mohiuddin Khadri (born 4 Feb. 1908, died 25 Aug.1969), Urdu poet, Communist Party of India activist and founder of the Progressive Writers Union in Hyderabad. He was one of those who led the Telangana rebellion against the Nizam in 1946–1947. He was an Urdu lecturer in a Hyderabad college. As a poet his best book was an anthology, Bisat-e-Raqs (“The Dance Floor”), for which he was awarded the 1969 Sahitya Akademi Award in Urdu. The CPI headquarters building inHyderabad was named Maqdoom Bhavan, Sajjad Zaheer (Raj Babbar’s first father-in-law) was another national leader of the party at Hyderabad.

Swami Ramanand Teerth, who had spearheaded the struggle to liberate the Nizam state, culminating in the police action by Sardar Patel, was a Marathi-speaking person. He was born Vynkatesh Bhagvantrao Khedgikar on Oct.3 at Jagir village in Gulbarga district (now Kalburgi in Karnataka). Dependent on relatives’ munificence as his father took sanyas, he was a staunch nationalist and follower of Bal Gangadhar Tilak even in his school days.

He participated in the non-cooperation movement of Gandhiji and had to leave school as he wore a khadi cap to it. He joined the trade union movement led by S.M. Joshi but had to leave it as he got a paralysis stroke.  Recovering and resuming education, he secured an MA degree and became the headmaster of an Osmanabad school.  The anti-Hindu policies of the Nizam prohibited the starting of a Hindu High School, but finding a loophole in the rules, he upgraded a primary school he started into a high school and became its principal. He became a sanyasi in 1930 and took the name of Ramanand Teertha. He died in January 1972.

Though the non-Telugu leaders of the Nizam state played an important role, their activities were mostly in their linguistic regions. It had Kannada, Marathi and Telugu areas. After linguistic reorganization of states, the Marathi area or Marathwada region became part of Maharashtra and the Kannada area was the Hyderabad Karnataka region of the state formed by its merger with Mysore State to which the Bombay Karnataka region was also added to form the present-day Karnataka. The predominantly Telugu region, first added to Andhra Pradesh, later formed the Telangana state.

Had the Nizam’s plan succeeded, it would have been a part of Pakistan almost in the heart of India. Patel thwarted that conspiracy. How long the culture, language and religion of the Telugus survive there depends on political developments. 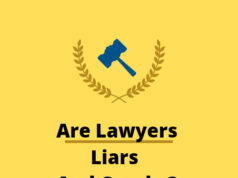