The Telugu World Column No: 35

Telugu people can be found almost in every country in the world. We have seen earlier how they contributed to the progress of the US academia and science and how even today they form an important part of the Information Technology workforce in America’s Silicon Valley. Going around in New Jersey or alighting at Newark airport, you are most likely to run into Telugu persons everywhere. Dr. C. Radhakrishna Rao, a Telugu professor and scientist at Pennsylvania, a centenarian, symbolizes them.

Telugu people in other states of India famously denigrate themselves. It is said that if there are only two Telugus in one northern city, there would be three Telugu or Andhra Sanghas there, one of each and the third where they fight for  their caste or faction. Now, with two Telugu states, there may be more, as seen by the formation of an association of those from Telangana when there was already TANA or Telugu Association of North America. The common language is not a unifying force. The difference in dialect is not forgotten even in other countries. In the US even people of India and Pakistan, with a common heritage and lifestyles, come together often.  But the AP-Telangana fight has reached there too.

TANA has been quite active in the USA and has undertaken several programs. The other association is relatively new. There are also many cultural bodies. As pointed out earlier, some 400 Telugu laborers taken to Maldives centuries ago resulted in a huge Telugu population, one of them becoming the country’s prime minister. Just like the second generation Telugus in the USA they cannot read and write the language. A Telugu US group has started ‘Pathashala’, a non-profit (as NGOs are called there to teach them the script. Such initiatives are needed in other Indian states and countries with large Telugu populations. The 2016 count of Telugus in other countries as given by Wikipedia: USA – 415,414, Saudi Arabia – 337,000, Myanmar (Burma) -139,000, Malaysia – 118,00

Nina Davuluri was crowned  Miss America in 2014, Dattatreyudu Nori is the  vice-chairman of the radiation oncologist department at the New York-Presbyterian Hospital/Weill Cornell Medical College in New York, Narayana Kocherlakota  is an American economist and Lionel W. McKenzie Professor of Economics at the University of Rochester, Balamurali Ambati is an Americans ophthalmologist, educator, and researcher. He holds the Guinness Book record as the world’s youngest doctor. Uma Pemmaraju  is an American anchor-host on the Fox News channel favored by president Trump, Vamsi Mootha is a physician and computational biologist.

There are many more like Rao Remala – first Indian employee at Microsoft, Arvind Krishna, the chief executive officer (CEO) of IBM, eminent doctor Dr. Ramineni Ayyanna Choudary, Saagar Enjeti -TV and YouTube host and, as mentioned earlier, author Rishi Reddi. When ‘Tamil girl’ Kamala Harris is making news as Vice-Presidential candidate, some Telugus are also in US politics, like Upendra Chivukula, a Democratic politician who is now a Commissioner on the New Jersey Board of Public Utilities after serving more than 12 years in the New Jersey General Assembly, where he had been the Deputy Speaker. Aruna (Katragadda) Miller, a Democrat was a former member of the Maryland House of Delegates representing District 15 in Montgomery County.

Some Telugu festivals are also held in the US like Vanabhojanalu 2019 held by the Telangana Peoples Association in Dallas (Texas)or the celebrations of Sankranti and 15th anniversary by the Sacramento Telugu Association. When the YSR Congress came to power in AP, it was celebrated in Kansas. In Canada too many Telugu festivals, like the Sankranti celebration in Toronto, are held. Burma (Myanmar) had a Telugu community for centuries as indicated by an old folk song in which there is mention of ‘running away to Rangam’ (Rangoon).

While maintaining their identity and celebrating their heritage, Telugus abroad, as in Indian states, integrate fast and become locals. And forget how to read and write Telugu. 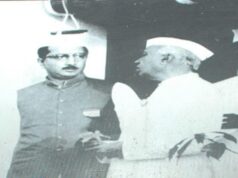 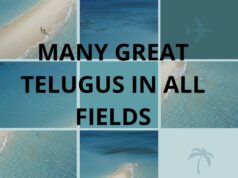 Many Great Telugus in all Fields