Limited Resources, Yet Wasted by Habit

India is a poor country where hundreds go hungry every day.  And yet it wastes more food than any other country. When I wrote of the new culture of ‘Throw it Away and Buy Another’ an Indian lady settled in the US said she learnt there the practice of giving away, that has not yet come to this land of Dana Karna where sacrifice is considered a virtue.

“I learnt it a very hard way, but I am happy to restore some of our things, not very precious, but very memorable ones, after I went to the US and saw how people recycle things to give them to the needy.  People don’t hesitate to pick things from the roadside,if required,” she wrote.

“We will have to tell the  coming generation of India how people and things are important for all of us.” she added.

Craigslist on the US Internet, where you can post whatever you like has a post for giving away things free. In many dump-yards in colonies there is an enclosure for things to be taken free. Recently in India too some cities have a wall on which you can hang what you want to give away or take what you need. She had the courage to say she did use CL in the early days in the US, which no Indian would admit.

A recent Tamil. Post I received on WhatsApp showed a restaurant owner offering to forgo the bill of a group if they came with him. He takes them to a field and shows how hard the farmer works to produce food and how they had left so much uneaten in their plates. It was an eyeopener.

Then there is a story of an Indian group in a hotel in Germany who leaves more than half the food. A lady sitting at another table tells them how it was wrong. The Indians say they had paid for it and it was none of her business. The man at the counter comes and tells them, “Yes, the money is paid, but can they eat the money? The cash may be theirs, but the resources were of Germany, he tells them, putting them to shame. Every restaurant in the US gives brown bags to take home food left uneaten.

In India, a status symbol is how much food is thrown away in a marriage banquet. It is a fashion to waste food. And our scriptures call food a form of God! 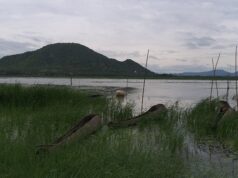 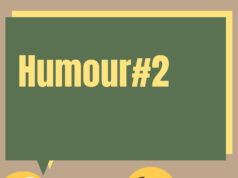