There is No Corruption In India, Only  ‘Gifts’

The economy, many newspapers point out, is in shambles. And it cannot be denied it took a beating due to prolonged lockdowns and closure of many units. The blame cannot be put only on the  PM, Naredra Modi and his ever-targeted (maybe for being a woman?) Finance Minister Nirmala.

I received a very long post of excerpts from the autobiography of  Y.V. Reddy, ex-Governor of the Reserve Bank of India. It showed how the economy was in a worse and also a “shameful” state during the Congress rule. Now a pandemic is the cause but then there was nothing during earlier timZ

It is pointed out that the only four years when India did not have to take a loan from the World Bank or IMF were during Modi’s rule.

When I forwarded the post to a friend he asked: Is this true? It is a normal question in these days of fake news and social media lies.

The post was supposed to be excerpts of the book. It is possible only those parts that show Congress in bad light are taken and those against Modi ignored. But I do remember India pledging gold. Getting foreign exchange for going abroad was very difficult and there was a cap in it. Newspaperman can recall that every year there was news of a loan from IMF or World Bank.

To say the 70 year rule of the Congress had no pandemic may be debated. Corruption had been a common feature of the rule from the days of the Jeep scandal in Nehru’s time. So far, Modi’s rule has been free of corruption, at least in high places, though that at lower levels, which grew over decades, could not be completely routed out. So corruption has been pandemic. It almost has social sanction.

A government job is almost everyone’s first preference not only because of ‘job security’ where many get paid for doing nothing, but also for the “extra income” from graft. Some work very hard and many hardly work. With pension-age fixed at 58 years when average life-span was 37 years and increase in life expectancy today, most enjoy pension for more years than they got salary for.

It is known that no file moves without some palm or the other being greased, that even a peon in a government office puts out his hand for the mandatory ‘bakshis’ (gift) before doing what  is his duty, that properties get registered smoothly if due payment is made from bottom upwards, that there is an extra levy of graft on anything brought from abroad… the list can go on and on.

It  has spread even to private offices. Banks build up non-productive assets (NPAs) as its officers, if you ‘know’ whom to approach and how sanction loans. An ad agency may include your newspaper in the list of those to receive ads if you know what ‘gifts’ to give whom. Doctors too get ‘gifts’ from medical representatives to prescribe their products if many alternatives are available.

Figures of newspaper circulation and channel viewership can be manipulated. The stock market can be rigged, Some efforts like introduction of generic medicines have been introduced by the Modi government. The reduction in bribery has only been marginal.

Bribery will end if there is a social stigma attached to ill-gotten wealth. We know of parents opposing a matrimonial alliance with another caste or lower ‘social status’, but if the ‘other party’ is known to all to have got wealth by wrong means, all  that is said is that they are well-to-do and so welcome.

Reddy’s book is named ‘Advice and Consent’.  For both there is a price to be paid. Some call it ‘bribe’ and others a ‘gift’. That is the new name of bribe. 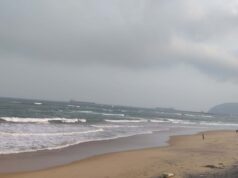 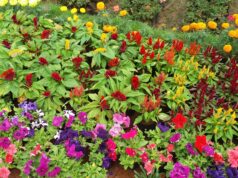 Two Sides of The Same Coin:Tragedy or Comedy