Miracle of Nature:Birds Migrate From Far Away

Last evening,  I  was sitting in the compound of the Ramana Ashram, in Bangaluru rural, reading an old aeronautical magazine on my Kindle and ruminating in various thoughts.

I just for a moment lifted my head and started to look at a couple of birds flying in a gymnastic manner and playing in the sky. I also remebered that not far from Bangalore, at Ranganathittu there is a bird Sanctuary. A friend in the Ramana Ashram recalled how a sincere IFS officer S. G. Negjnhal who passed away recently made it a sanctuary even before the state government sanctioned it.

The book I was reading was telling me the intricacies of the aircraft, the electronics and the cost involved in designing and building the aircraft.
My thoughts flew back far behind the present time.

The birds had no sophisticated electronic guidance systems or GPS
I wondered how for many centuries, a few birds hatched somewhere in the Arctic after just a year or so,  founds their way across land masses and oceans to land somewhere in our country with such a tiny brain and muscles that controlled their movement.

Aircrafts have flaps, rudders, elevators, ailerons, and so many navigation aids controlled by computers.

How such a bird with proverbially small tiny brain could do what all these gadgets travelled 4000 miles across oceans with no landing places during transit. How do they navigate?

Even modern aircraft always follow mainly a land route as far as possible, always looking for a nearby landmass to land in case of any emergency.
I have read various explanations as to how  the birds navigate by purely guess work and minor experiments.

When we think or talk about miracles, the exodus of birds from one  end of the earth to the other end is the greatest miracle ever found.
I have visited various bird sanctuaries in Tamilnadu and Karnataka. There many more and it is remarkable how the migrant birds get acclimatized and arrive and depart seasonally.

A scientist wrote:  “according to ajj known  aerodynamics, a humming bird cannot fly (long distances) but it flies as it does not know aerodynamics.”
Is it the great Almighty who created all these miracles? 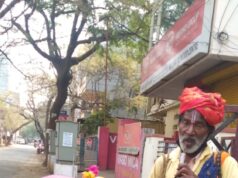