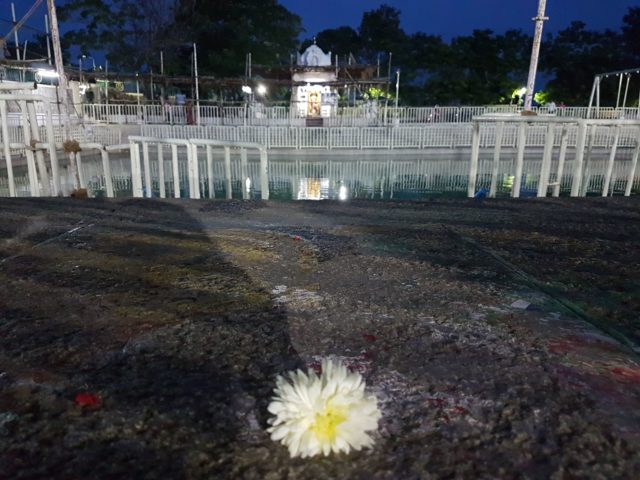 Sri Kalayana Venkateswara Swamy Alayam, also known as Venkateswara Vishnu Temple, is a well-known temple among the pilgrims for a quick darshan in case one does not have time to go to Tirumala Hills in Tirupathi. The presiding deity of this place is known for granting boons to devotees for a good marital life and to find a wife or husband for oneself.

The alayam — alayam in Telugu refers to an abode — is located in Mangapuram, a very small town nearby Tirupati in Chittoor district of Andhra Pradesh. From Tirupati, the distance to Mangapuram is about 12 km. The place is closer to to Piler, Thalkona, Mandapalle, Bhakarapeta and Rangampeta.  Because the patron god of the place is Lord Venkateswara, also known as Srinivasa, it has the place name prefixed with Srinivasa: Srinivasa Mangapuram.

The temple complex of Venkateswara Vishnu Temple in Mangapuram comprises of three shrines. In the central shrine of the temple is the double life-size deity of Venkateswara Vishnu. He is the presiding deity of the temple, and is referred to as Kalayana Venkateswara Swamy. The deity with four hands faces west and is in a standing posture: in the two hands in the left, one is in varada mudra and another one holds chakra (or disc); and in the two hands in the right, one is in kati mudra and another holds shankha (conch).

In one of the side chambers of the temple complex there is an idol of reclining Sri Ranganatha Swamy along with the seated image of Lakshmi Narayana. In the other side of the side chamber or in the third chamber there is an idol of Vishvakshamapathi. According to the Archaeological Survey of India, Themandapa was added at a later stage in the construction of the temple, and belongs to 14th-16th centuries AD. The sanctum sanctorum and the side chambers including the mandapam are on a raised platform or plinth with ornamental sculptures and mouldings on upana, adhisthana and superimposed by a vedika frieze. The mandap or the temple porch or platform is assessed by experts in temple architecture as the slightly later addition to the temple complex and attributed to have built during 14-16th century. There are figures of stone sculpted in exquisite style echoing Vijayanagar style.

The temple complex is secured with a perimeter or compound wall, and the outer walls of the temple are devoid of ornamentation.

Within the temple complex there is a Dhwaja Sthambha with pataka on top, marks of Vaishnava traditions and Garuda Dhwaja platforms. Door jambs of the temple consists mala vahakas, ornate foliage with makara torana, lady attendants and Gaja Lakshmi motif, and elephant and cavalry figures sculpted on the walls.

The mandapams located outside the temple belonging to 14-16th century. Aartha mandapa and maha mandapa are constructed in square plan with pillars and pilasters. These contain toranas of gaja (elephant), simha (lion), makara (crocodile), along with pushpa potikas, lotus buds and friezes.

The embellished pillars and walls are considered to be of sculptural importance and of significant architectural heritage. A visitor can spend couple of hours to examine the sculptures, and know their significance.

The sculptures in the temple complex have themes from epics and puranas and depicted in unique style. The artistic works of the temple complex, and ornamentation indicate the completeness and culmination of Vijayanagara style.

Sri Kalyana Venkateswara Swami Temple in Srinivasa Mangapuram is located on the banks of the River Swarnamukhi but the river is not visible from the vicinity of the premises. Mangapuram also has an ancient pathway or walking trek to Tirumala Hills. For pilgrims who make a pilgrimage on foot from Mangapuram, Mangapuram serves as a resting spot, and also to have a darshan of Lord Venkateswara.

According to the temple authorities, the temple legend is that the newly-wed Lord Venkateswara and his consort Lordess Padmavathi (the daughter of King Akasa Raja) were sojourning in the forest of Sarayanavanam. When they were returning to Tirumala Hills, they stopped to meet the sage Agastya who resided in an ashram in Tondavada. The sage Agastya blessed the couple, and suggested them to reside in Mangapuram for six months at the foothills of Tirumala Hills. The couple, Lord Srinivasa and Lordess Alamelu Manga, heeded to the sage’s advice and stayed back. When they were returning to Tirumala Hills, according to the puranas, Lord Srinivasa gave two boons to this place. According to TTD, Sri Kalyana Venkateswara Swamy temple is considered sacred, next to Tirumala temple. Those who are unable to make it to Tirumala can have darshan of Lord Sri Kalyana Venkateswara Swamy to fulfil their wish. As the name indicates, this temple carries significance for marriage. Newlyweds also offer prayers first in this temple as this is the place where Lord Sri Kalyana Venkateswara Swamy with Goddess Padmavathi Devi stayed for six months, just after their wedding.

Because Lord Venkateswara came to Mangapuram for the first time after He had wedded Lordess Padmavathi and lived here for six months with His consort, Lord Venkateswara wanted to bless those pilgrims who pray here for a spouse or for a marriage. Therefore the word ‘kalyana’ Venkateswara is appended to the name of Lord Srinivasa.

And the newly-wedded couple also come here to seek blessings from the presiding deity.

A devotee who takes part in the Kalyana utsasvam and ties a ‘kaappu’ on their hand, can find their best, most beloved life-partner or find new happiness from their existing relationship.

It is believed because of the boon that has been bestowed to this place by the Lord, any pilgrim who participates in the Kalyana utsavam and ties a kaappu on his/her hand, is blessed to find a loving life partner. It is also said that if the devotees are married, by strapping a kappu on their hands, they receive the blessings for contentment in their existing married life.

HISTORY OF THE TEMPLE:

The archaeologists and temple experts are yet to indicate the exact year and century of the temple except to believe that the ancient temple was in a ruined state till AD 1324 which was the reign of Sultans.

During the medieval times, Mangapuram served as the agraharam. For the poets and pilgrims from and around Tallapaka, Mangapuram became the central point for devotional activities. In 1540, Mangapuram came to be known as the Srinivasa Mangapuram.

According to an inscription of the temple complex, the grandson of Annamacharya called Tallapaka Chinna Tirumala Acharya had renovated the temple during 16th century, subsequently it was maintained by the Tallapaka family over a long period of time. It is guessed that Chinna Tirumala Acharya spent some time here and devoted his energy for re-building the temple because it was in a dilapidated condition due to lack of patronage and elements of inclement weather. He dedicated himself to bring back the rites and rituals to the temple, and the temple regained its importance in Mangapuram.

Archaeological Survey of India (ASI) has listed the temple as an ancient monument of national importance, and it was under its administration from 1967 to 1981 but in 1981 the temple was handed over to Tirumala Tirupati Devasthanam.

RITUALS AT THE TEMPLE:

The temple is opened to visitors and devotees every day from 5am, and on Fridays at 4am, beginning with Suprabhatam and Thomala Seva.

During the Brahmotsavam festival, the presiding deity of the temple Lord Kalyana Venkateswara Swamy is placed on top of Simha Vahanam. 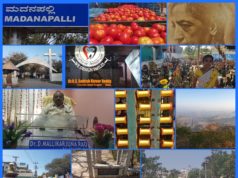 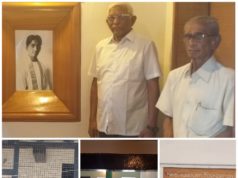