The Telugu World Column No- 41

Telugu Luminaries in Medical Field – I

That India produced great vaidyas like Charaka, Chyavana, Sushruta, Vagbhata and Nagarjuna and that it was a world leader in medicine and surgery as far back as the second millennium before Christ is known. But little is known of great Telugu modern doctors. Telugu ‘stars’ of the medical field were briefly mentioned when we wrote of Telugu doctors fighting Covid-19 pandemic in India and abroad. Telugu.Pratilipi.com, an online writing site specializing in fiction, novels and serials has in its non-fiction division, an article by ‘Navajivan’ on International Doctors Day on great Telugu doctors, sourcing from Wikipedia.

Of the ancient medical men mentioned above, Nagarjuna, a Buddhist monk of 78 AD, is believed to be from the Telugu region between Vijayawada and Guntur. A university located there bears his name. The guru and doctor of the Satavahana kings, Nagarjuna was a chemist. He integrated India’s  ancient system of Ayurveda, a part of the Atharvaveda, with the Buddhist system.  Here are some eminent Telugu doctors: 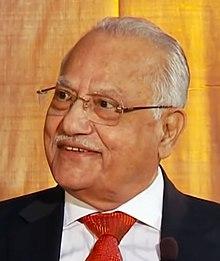 Born in February 1933, the 88-year-old patriarch of Apollo Hospitals, Dr. Pratap Chandra Reddy is certainly the father of corporate medical services in India which play a major role in reaching health care to India’s millions. Hospital, which has branches in almost every city of India.   He received the Padma Bhushan in 1991 and the Padma Vibhushan, India’s second-highest civilian award, in 2010. Starting Apollo Hospital at a comparatively young age of 50 Dr. Reddy spread it to 13 countries with over 70 (in India 45+) world class hospitals, 10,000 beds and over 3000 Apollo Pharmacy outlets. It has over 148 telemedicine units, health insurance, a hospital projects consultancy, a Research Foundation with its focus on world-wide clinical trials and 15 academic institutions. It teaches management of   health systems. Dr Reddy received many citations, awards and prizes. His four daughters are in the Apollo group’s corporate management.

Most of the naturopathy doctors at the renowned Jindal Nature Cure Hospital in Bangalore are Telugu. Achanta Lakshmipathi  (1889-1962) was India’s top Ayurveda doctor and Principal of the Ayurveda College at Chennai where the inventor of antibiotics, Yellapragada (see article on Telugu doctors battling Covid-19) worked before going to US and later joining Lederle. Born in Madhavaram of West Godavari district near Nidadavole, Lakshmipathi was also a social worker and editor of two health magazines ‘Dhanwantari‘ in Telugu and ‘Andhra Medical Journal’  (English) He wrote 63 books on science, the Indian systems of medicine and herbs.

Deevi Gopalacharyulu (1972-1920) was another doctor and researcher in Indian medical systems who headed the national University of Ayurveda and contributed greatly to promotion of Ayurveda in India.   Hailing from Bhavadevarapalli village of Nagayalanka mandal in Krishna district, he showed how epidemics like cholera and plague can be checked by using Ayurveda. He created medicines like Shatadhauta Gritham and Hymaadi Paankam using ancient Indian medical systems.

The current coronavirus pandemic has put the focus on how the August 1994 plague epidemic in Surat, the world diamond-cutting center in Gujarat was handled. Just as the advice of the former Union Health Secretary, Konuri Sujata Rao known for handling of the AIDS epidemic, came in handy now, the study of Surat plague by Dr Vulimiri Ramalingaswami (1921–2001), ay come in handy. He was a Telugu medical luminary whose pioneering research on nutrition got him elected to the National Academy of Sciences, Russian Academy of Medical Sciences and the Royal Society of London.

He was appointed to enquire into Surat plague’s causes by the government. It was traced to neglect by the Surat Municipal Corporation. So another Telugu officer, Suryadevara Ramachandra Rao was named its commissioner and entrusted with remedial measures. He used the disaster as an opportunity to make Surat one of the country’s best cities. His work won accolades and a posting as chairman Visakhapatnam Port Trust. And he made it a major port!

Back to the medical luminary, Dr. Ramalingaswami was also the director of All India Institute of Medical Sciences and later became director general of Indian Council of Medical Research and President of the Indian National Science Academy.  A world-famous teacher on nutrition deficiency, he was conferred the Shanti Swarup Bhatnagar Award by CSIR (1967) and Padma Shri, Padma Bhushan and Padma Vibhushan, the KK Birla National Award, and Basanti Devi Amirchand Prize in 1966. Sir Harold Walter, president of the 1976 World Health Assembly presented the Leon Bernard Foundation Award to him.

Born in Srikakulam to V. Gumpaswami and Sundaramma, he got his MBBS from Visakhapatnam and went to Oxford.  He taught for 10 years at AIIMS till 1979. He was later the Director General of  ICMR. Its building is named in his honor. He was Special Advisor to WHO and President of National Institute of Immunology. For three years he chaired the International Task Force on Health Research for Development in Geneva.

He was Secretary-General of the International Conference on Nutrition, Rome, organized by the WHO and the FAO of the UNO. He was on   the Board of Governors of the International Development Research Centre (IDRC), Canada. He was world-renowned in pathophysiology of protein energy malnutrition and is the brain behind Iodizing of common salt under the National Iodine Deficiency Control Program. No doctor could have achieved more.