The Telugu World Column no-42

It is not only naturopathy and Ayurveda practitioners who achieved great success and fame in the two Telugu states. Many excelled in the modern medical system of Allopathy too. And Homeopathy was once very popular among the Telugus.

Chawali Vyaghreshwaradu, born in Rajamahendravaram (then called Rajahmundry) of East Godavari district, was one of the most eminent surgeons of India. Son of an Ayurveda practitioner, he has contributed much to treatment of  polio, now eradicated. He was the first orthopedics professor of King George Medical College and Hospital, Visakhapatnam. He introduced in India for the first time treatment of polio with ‘placental graft’ and also metallic guides for sub-trochanteric osteotomy. He was an expert on half knee-transplant surgery then known to very few in the world. He was the first Indian to write a book on Principles and Practices of Orthopedics.

The first Indian to perform a heart transplant was Dr. P. Venugopal who clashed with Union Health Minister Ambumani Ramdoss when the minister tried to occupy the guest house of All India Institute of Medical Sciences (AIIMS) of which he was the Director. Removed by Ramdoss, he filed a suit in the Supreme Court which reinstated him. He retired in 2008 after 49 years of service at AIIMS, A devotee of Sathya Sai Baba, he used to fly to Puttaparthi periodically and perform major heart surgeries free at the Prashanti Nilayam super-speciality hospital.

Another eminent Telugu doctor is Yarlagadda Nayudamma, a reputed child specialist (pediatrician) of Guntur.  Born in Karamchedu village of Prakasam district (then Ongole), he was an expert in performing very complex surgeries and had separated three cases of conjoined twins. He was awarded Padma Shri in 2016 for his contribution to medicine.

Hilda Mary Lazarous (1890-1978) a gynaecologist and obstetrician born in Visakhapatnam hailed from a Christian missionary of converted Brahmin family. She was Principal of Andhra Medical College and Superintendent of

King George Hospital at Visakhapatnam. She had worked briefly at Dufferin Hospital, Kolkata and in Surat as the first woman gynecologist appointed by India’s British government. She laid the foundations of Telugu teaching in gynecology. She was transferred after five years in Vizag, as Principal of Lady Harding Medical College, Chennai.

Dr. Nori Dattatreyudu is an internationally known radiation oncologist who treated and saved many cancer patients. As head of the Brachytherapy 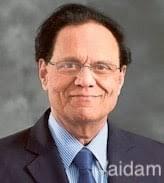 Department of the Memorial Sloan Kettering Hospital he was once named one of the top doctors in America for the treatment of cancers in women by the women’s magazine Ladies’ Home Journal, according to Wikipedia. One source says he was born in 1947 at Valluru in Prakasam district and another in Mantada village, Krishna district, both in AP. He was awarded Padma Shri in 2015. Dr. Nori is one of the world’s leading authorities in the subspecialty of brachytherapy. In 1979, he was the first physician in the US to use computerized brachytherapy treatment system for developing new techniques through clinical research and has been using it since then to save lives. He has now joined the Apollo group and is located in Mumbai.

Dr. Chittoori Satyanarayana (1913-2012) was the top ENT specialist in India and was the Personal Physician of the President of India. Born in Pamarru village in  East Godavari district. Though an Allopathic doctor specializing in ear, nose and throat, he felt that the ancient Indian systems were being ignored and so studied Adharvana Veda. Trained by Vedic scholars, he found several methods of birth control mentioned in the ancient epics and brought them to light. He had also made several studies in ENT surgery and published scientific papers on them.

A case that brought fame to him was the complicated surgery he performed to take out a bullet lodged in the sinus area of the late M.G. Ramachandran before he became Tamil Nadu Chief Minister in a murder attempt made on the Tamil superstar. On June 12, 1967 he performed a surgery to remove the bullet. At the age of 83 years he was a member of a peace delegation that toured the USA and other countries with C. Rajagopalachari and was presented a  scroll of honour by the World Health Organization and was also honoured by the crown prince of Japan.

Dr. Indira Nath born in 1938 at Guntur is one of the top immunologists of the world and was the founder head of the biotechnology department of the All India Institute of Medical Science (AIIMS), where she did her MBBS and MD before going to the UK for training. Her major work was on immune unresponsiveness in humans and nerve damage in leprosy. Specializing in pathology, BT and immunology, Dr Nath studied the leprosy bacillus and communicable diseases pathology.  India topped the world in leprosy with 45 lakh patients in 1970. She got a Nuffield Fellowship (UK) to specialize in immunology, particularly leprosy.

She and her husband, pediatrician Dr Rajendra Nath, returned after 3 years abroad as they opposed brain drain from India. Many international and national awards and honors, including Padma Shri (1999) were conferred on her. She was one of the 100 scientists from all over India chosen by Rajiv Gandhi as PM to advise the country on science. She received a DSc from Pierre and Marie Curie University, Paris in the 2002. Invited for the post of Dean of the  AIMST University in Malaysia and also as Director of Blue Peter Research Centre (Lepra Research Centre), Hyderabad, she chose to stay with AIIMS.

A separate article can be written about each of these eminent doctors, They show that Telugu people are not just film-crazy or academics abroad, but shine in many fields.