The Telugu World Column No- 43

Not Just Academics, Medicine Too

The current coronavirus pandemic has put the focus on how the August 1994 plague epidemic in Surat, the world diamond-cutting center in Gujarat, was handled. Just as the advice of the former Union Health Secretary, Kanuri Sujata Rao known for handling of the AIDS epidemic, came in handy now, the study of the plague epidemic in Surat by Dr Vulimiri Ramalingaswami (1921–2001), may come in handy. He was a Telugu medical luminary whose pioneering research on nutrition got him elected to the National Academy of Sciences, Russian Academy of Medical Sciences and the Royal Society of London.

He was appointed by the government to enquire into Surat plague’s causes. It was traced to neglect by the Surat Municipal Corporation. So another Telugu officer, Suryadevara Ramachandra Rao was named its commissioner and entrusted with remedial measures. He used the disaster as a golden opportunity to make Surat one of the country’s best cities. His work won accolades and a posting as chairman Visakhapatnam Port Trust. And he made it a major port during his term!

Back to the medical luminary, Dr. Ramalingaswami, was also the director of All India Institute of Medical Sciences and later became director general of Indian Council of Medical Research and President of the Indian National Science Academy.  A world-famous teacher on nutrition deficiency, he was conferred the Shanti Swarup Bhatnagar Award by CSIR (1967) and Padma Shri, Padma Bhushan and Padma Vibhushan, the KK Birla National Award, and Basanti Devi Amirchand Prize in 1966. Sir Harold Walter, president of the 1976 World Health Assembly presented the Leon Bernard Foundation Award to him.

Born in Srikakulam to V. Gumpaswami and Sundaramma, he was a Visakhapatnam MBBS who went to Oxford.  He taught for 10 years at AIIMS till 1979. Later he was so popular as the Director General of Indian Council of Medical Research (ICMR) that its building is named in his honor. He was Special Advisor to World Health Organization (WHO) and President of National Institute of Immunology. For three years he chaired the International Task Force on Health Research for Development in Geneva. 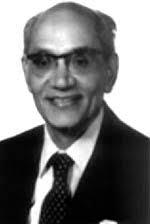 He was Secretary-General of the Rome International Conference on Nutrition, organized by the WHO and the Food and Agriculture Organization of the United Nations. He was on the Board of Governors of the International Development Research Centre (IDRC), Canada. He was world-renowned in pathophysiology of protein energy malnutrition and is the brain behind Iodizing of common salt under the National Iodine Deficiency Control Program. Perhaps no doctor could have achieved more.

Another Telugu doctor, Guntur-born Dr. Raghu Ram Pillarisetti   is an Indian oncoplastic breast surgeon, the founder of KIMS-Ushalakshmi Centre for Breast Diseases. Born on 22 September 1966 and educated at Siddhartha Medical College, Vijayawada, he is the youngest recipient of the Overseas Gold Medal of the Royal College of Surgeons of Edinburgh and was also awarded Padma Shri in 2017. The youngest member of the British India Doctors Association (BIDA) he was the founder of its International Students Wing. 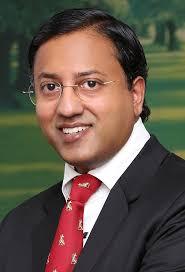 His wife Dr. Vyjayanthi, a gynaecology and obstetrics specialist  trained in England, pioneered fertility treatment at a time when it was in a nascent stage in India.

Dr Alla Gopala Krishna Gokhale, a renowned cardiologist, who performed lung transplant and rare surgeries like piggyback heart transplant was one more achiever who came from a middle-class farmer family and studied in a ZP village Telugu school to Guntur to study in English medium and take up a specialty. He has also done a lot to educate the public on medical matters and motivate youth through TV channels. He was also awarded Padma Shri.

Dr. Perugu Shiva Reddy, another Padma Shri awardee and eye surgeon  was the chief of Sarojinidevi Eye Hospital in Hyderabad and made it one of the three best in India then.

Research may reveal several other Telugu doctors who had equally great achievements and change the impression that Telugus specialized only  in teaching or academics.