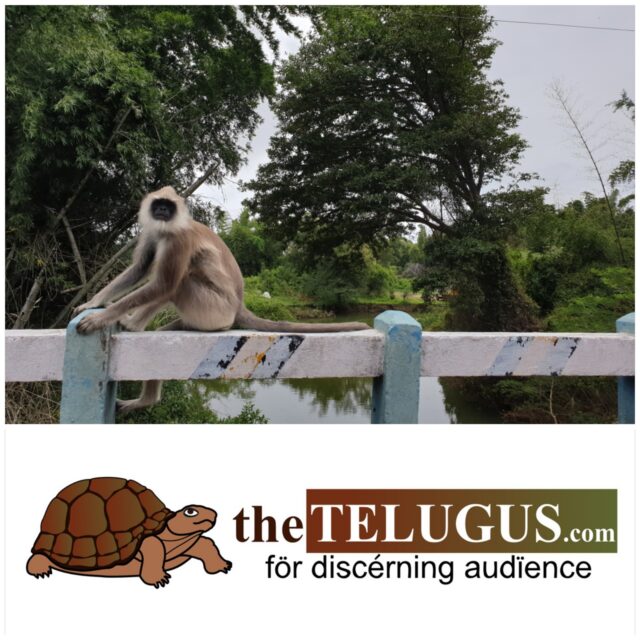 Gray langurs are one of the largest species of monkey found in Asia. They spend their time on the ground and in the trees. Their tails are longer than their bodies. They walk quadrupedally, and could also make bipedal hops, and leaps. When resting they prefer the highest branches.

Gray langurs are chased and preyed by dholes, leopards, tigers, wolves, jackals, bears and pythons. But they are herbivores but unlike colobines (a subfamily of the Old World monkey family).

Nilgiri langur (Semnopithecus johnii) is a type of Old World monkey, and found in the Nilgiri Hills of the Western Ghats in in southern India. The species is classified as vulnerable due to habitat destruction and poaching by human beings. Langurs are poached for their fur and flesh, flesh is believed to have aphrodisiac properties.

Nilgiri langur is classified as Vulnerable by the International Union for Conservation of Nature (IUCN, 2015), appearing on the IUCN Red List of Threatened Species. The threats to langurs are poaching, habitat loss, pet trade, forest fires and many more.

Languorous is the adjectival form of languor, and languorously is an adverb.

“The languor of Youth – how unique and quintessential it is! How quickly, how irrecoverably, lost!” –Evelyn Waugh, Brideshead Revisited

“Some don’t want to be happy, inasmuch as they undergo happiness merely as languor and yawning. They are dissatisfied with a bland and vacuous state of glee and, instead, prefer to keep on running like raging bulls through the whims and quirks of life. In reality, their dissatisfaction is their contentment. –Erik Pevernagie (Happiness blowing in the wind)