Most Rural Roads are “Paths  to  Prosperity”

Even today, decades later and long after his death, BJP’s Atal Behari Vajpayee  is praised and remembered for the golden quadrangle roads that linked many  areas of this vast nation.  Thousands of years later Emperor Ashok, a mere name in history  books, is remembered as much for great roads he built as for spreading Buddhism to most of the Asian countries.

It is not easy for any urbanite to understand what a road means  to a village  unless told that in India several hundred villages are cut off from the rest of the country for the four months of monsoon. People living there have to stock all their needs for that period and manh who  earn daily  to eat find it very difficult. Even bigger problem arises when there is a medical emergency.  In Baba Amte’s Warora Ashram I have seen people being carried many miles manually on an inverted rope cot and Baba joked: this is the rural version of ambulance”. (Only there are four men carrying the cot. While many ambulances can be found in a city, four such volunteers may be impossible to find).

When as a teenaged Bharat Sewak Samaj worker doing a rural survey on the ‘felt need’  of a village before a work camp is held there to carry out the work, I found that roads topped the list most of the time . Rural roads make urban medical services, entertainment centres like cinema halls or big libraries, higher education, and such facilities more accessible.

A rural road connecting to a highway mens education and better markets for their produce for farmers and rural craftsmen,  big change in lifestyle for most people and even the way people in villages dress.

Some people see it as “yet another feather in Hindus’ cap” the initiative of PM Narendra Modi, the ‘Char Dham National Highway’ under construction in the backward Utterakhand state carved out of UP. They see in it “… a major  step in the last seven years, to ease travel to the four major pilgrim centres of Badri Dham, Kedar Dham. Gangotri and Yamunotri. The last two are places where two sacred rivers take birth in the foothills of the Himalayas.

“The Congress wouldn’t have done it  even if allowed to  rule  for  another 50 years… by which time Hindus would have become extinct,” was the reaction of a Hindu group.

The road, with two lanes in each direction, would be an  express National Highway with a width of at keat 10 metres would help more pilgrims visit the 4 sacred places and thereby promote tourism, as a major economic activity.The Congress regime,  , which subsidised   pilgrimage to Arabia (HaJ)would not extend such a facility to temple tourIsm which is what Indian tourism is.

The project costed  Rs12,000 crores. The foundation stone for it was laid by Modi on 27 Dec. 2016 at Parade Ground in Dehradun. The highway will be called Char Dham Mahamarg. The project will be called  Char Dham Mahamarg Vikas Pariyojana. It aims to improve the connectivity to the 4 pilgrim centres in the  Himalayas. It will have several long bridges and tunnels to eliminate accidents and slide-prone areas.

Once the highway comes up the ‘feeder roads’ that would bring high volume traffic to it would be built connecting it to villages. as finance for such small roads may come from panchayat and local  body budgets or matching public contributions that would also create in people a feeling of  of involvement and ensure their participation.

It is the excellent work of the National Highways Authority of  India (NHAi),  the Transport . Ministry and reforms in road rules that made my old friend  Nitin Gadkari one of the most popular ministers at the Centre. 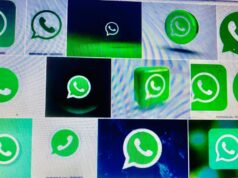