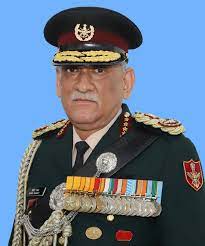 India is shocked about the helicopter accident in which the very first Chief of Defence Staff of the country and the highest decorated officer of the Indian defence services General Bipin Rawat waa killed.  Military experts will write in detail.

It is a sad moment for India.  It is said that the helicopter MI 15o is the best of the choppers. Russian made, the USA would  point out. But it is really  safe. It is the one used for VVIPS and very difficult terrains like the volatile Chinese border; a surprise it crashed

The accident occured minutes before it was supposed to land.  An early  comment was shock  over buckets being used to put out fire and the injured bodies being  taken out on blankets. It was revealed that the fire -tenders  could not reach the spot.

To strike a discordant note then was unthinkable when the whole nation was mourning; it can be done only by the Indian National Congress.The editor of National Herald, the party’s mouthpiece,  Ashlin Mathew tweeted “Divine Intervention” on hearing of Bipin Rawat’s demise.She deleted the tweet later.

She may  say  now that she was not aware of the news (which speaks of her true journalistic stature) and had something else in mind. lt could not be  Italy, where lakhs reportedly  died of Covid-19 and had their bodies thrown on the streets.  That would anger her Italian  bosses.

She may escape, but not the party that called Gen. Rawat a “streat goonda” or a Mumbai ward Congress committee that linked the accident to the Rafael jet deal. Gen. Rawat was the brain behind the surgical strike in Pakistan which may have celebrated this tragedy. lts mentor China which backed several Islamic terrorist groups in international meetings had faced his troops when it tried to grab Indian land. Either or both would gladly have been involved in the sabotage .That they were capable of it was proved by the explosion in a Delhi court now and hundreds of their ‘lakhs  of cell’ members.

Attributing sabotage directly to a collusion between the enemy and Oppositioñ parties is, of course, stretching it too far. Firstly they are not united enough and if one is involved the other would squeal on it. But with its attitude the Congress did create an environment that could result in such acts. The sabotage angle, therefore, is being investigated.

It is, therefore, very appropriate that the Supreme Court recalled now the mutual respect shown by P. V. Narasimha Rao and Atal Behari Vajpayee (Perhaps why the dynasts hate PV, as he was known.)  Also to be recalled is how Atalji called Indira Durga after the 1971 war or Modi’s respectful references to Gandhi and Nehru and fond farewell to Ghulam Nabi Azad.  Congress never reciprocated the gesture.

Political rivalry is not personal enmity as Congress thinks it is.