I used to say one presumed the celebrity dead on seeing a follower in tears while the rival,  being over cautious, waited for the death to pinch the  celebrity or ask him/her to say if (s)he was really dead.

So that was making a joke on death – which we are warned never to do.  But it did make a scribe ‘enjoy’ death like Churchil

Responding to my article on obits it’s only reader Mr Vemkat Raman  wrote:  “About obituaries, Sir Wnnston Churchil wrote to a friend “I could not attend the funeral, but enjoyed reading the obituary “.

“Once   when Hindu used to  publish  obits  in the left hand classified  column of page 4, it was most read page by many readers.. They were happy if the age of the dead is higher than their own age.

“Even today when someone mentions that so and so died, the first question asked is about the deceased’s age. There is a natural feeling that death of a senior person is something not to be grieved.”

After-all  “old”  is ones age plus days. And it was normal for the old to die.

“When I read the high paid obituaries with photographs in all editions, it makes me wonder, is it worthwhile to grieve for such an old person, who lived long enough , achieved something and passed away at ripe old age.They have contributed a lot to the nation and attained a good  age”

Thanks to mushrooming retirement homes and much more cash, they are at least

taken  care of. The end is a relief.

One agrees with Osho: Death is to be celebrated, not mourned. 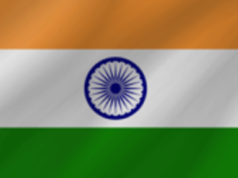