Madanapalle, in the Chittoor district of Rayalaseema in Andhra Pradesh in southern India, is also known for educational institutions. One of the centres of learning is Rishi Valley School. It is a boarding school founded by the leading philosophers of 20th-century India, Jiddu Krishnamurti (JK).

The school lays emphasis on holistic approach to education and reflects the spirit of the founder’s pedagogical vision, also interactions with local community as part of extracurricular activities.  K. Ashok, a graduate from Agricultural College of SV University and a post-grduate from Institute of Rural Management in Anand, Gujarst, says, “The school’s core values are the philosophy of JK. The uniqueness of the school is combining curriculum with extracurricular activities. It is not a normal school where competition is fostered but there is discipline and freedom for the students.”

The school nestles in over 360 acres surrounded by the hills of Eastern Ghats. The school is well-connected to places such as Tirupati, Chennai and Bengaluru. The school follows the syllabus of ICSE board and offers schooling for students in the age group 9-18 (from class 4th to class 12th).

Jiddu Krishnamurti (11 May 1895 – 17 February 1986) made it mandatory in the schools he established in the world to lay emphasis on art, music, athletics, sensitivity to environment in addition to passing in the examinations. Rishi Valley School runs the Rishi Valley Institute for Educational Resources (RIVER) program, a rural education and health centre, which has laurels from many organizations.

Rajender Nyathi has worked as dance teacher at JD’s school in Varanasi, and also visited Rishi Valley School in Madanapalle. He says the vision of Jiddu Krishnamurti is harmonious and peaceful existence with the fellow human beings and nature. He says JK started the schools where children could be taught from at an early stage. He says, ‘At present what we are seeing worldwide … the situation is bad. If at all we have to change the society, the change should start with the children at school. A child nurtured in an environment full of peace, to find the truth, living a good and balanced life will add a great value to society. That was JD’s aim.’

Identifying the place for Rishi Valley School: the spot, Rishi Valley in Madanapalle was discovered in 1926 by Jiddu Krishnamurti’s colleague C. S. Trilokikar. He went around Madanapalle in bullock cart, and bought the land for the school over three years, till 1929. The name Rishi Valley School is named after Rishikonda, which in Telugu it refers to ‘Saint’s Valley’ and a stream named ‘Rishi’ which is a rain-fed. The legend is that many years ago rishis lived here.

The school came under the British scanner at the time of independence when G. V. Subba Rao was the headmaster, when oil and petromax lamps were used for light, for possessing literature related to communism. He introduced Telugu as a language of instruction, practised austerity, and disallowed prize-giving ceremonies (harboured unhealthy competition).

To visit Rishi Valley School is one of the top 12 things to do in Madanapalle. You will be introduced to Jiddu Krishnamurti or his philosophy or to the school’s environment. 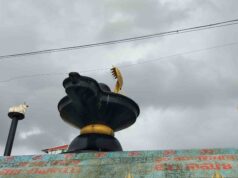 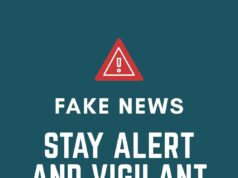