The Latin phrase abeunt studia in mores is ascribed to the poetry of Ovid, Publius Ovidius Naso, born on 20 March 43 BC. He was a teenager when Augustus was the Rome’s first emperor. Ovid studied Latin and Greek languages, literature, and rhetoric (the art of public speaking).

Abeunt Studia in Mores is also a title of the book by Sarah W. Merrill for the scholars of Humanities and social sciences, institutional libraries, philosophers of education, socio-linguists, philosophers of love and sexuality and philosophers of language. And those interested in the moral development theory and feminist theory.

Publius Ovidius Naso,20 March 43 BC – 17/18 AD), known as Ovid was a Roman poet who lived during the reign of Augustus. Ovid enjoyed popularity during his lifetime but the emperor Augustus banished him, and he died in exile. Ovid is known for Metamorphoses (a mythological narrative in epic meter), Amores (The Loves), Ars Amatoria (The Art of Love) and Fasti. Ars amatoria was a sensation as it guided men “how-to” seduce women and keeping their love, and coaxed women to make a lover jealous isn’t such a bad idea. Amores and Ars amatoria were also reflections on the Roman sexual customs, which brought him fame and downfall, exile. He wrote his epitaph:

I who lie here was a writer
Of tales of tender love
Naso the poet, done in by my
Own ingenuity.
You who pass by, should you be
A lover, may you
Trouble yourself to say that Naso’s
bones
May rest softly. –PUBLIUS OVIDIUS NASO 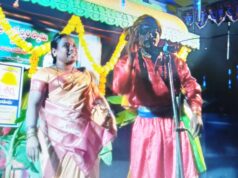