The musical genius A R Rahman has come out with an excellent album ‘Paani‘ which puts the focus on value of clean water.

‘Water, water everywhere, not a drop to drink’ is an old saying about the plight of people in a ship wrecked on the sea. But it reflects today’s reality.

The one question about every housing  complex coming up is whether it has river water (Cauvery in Bangaluru) or is dependent on borewell water.. Many new colonies have only ground water, which, ‘hard’ with salts, damages bathroom and toilet fixtures and water heaters.

The political genius, Dr Ram Manohar Lohia in his 1950s book ‘Intervel.in Politics’ writes that when he visited a place he was asked from which river he came from. Then he realizes that all come from a river as every  civilization is linked to a river. Most cities are on river banks. The Indus Valley civilization, Ganga basin states and Indraprastha (Delhi) on the banks of the Yamuna are only a few examples.

“He spends money like water” is a popular expression.  The time has come to spend water like money.

*To find a man’s true character, play golf with him. 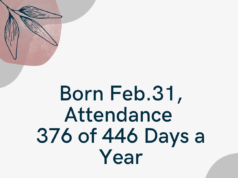